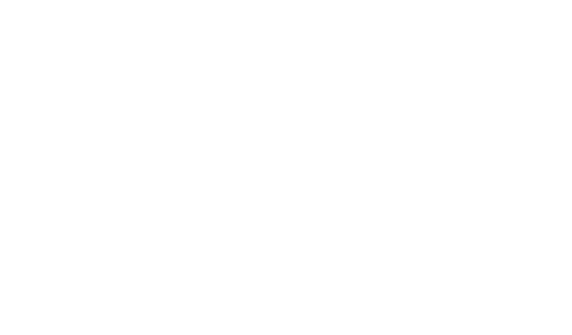 Tackling the UK housing crisis has become a key theme of political discourse in recent months. The Chancellor’s autumn Budget announcement of £44bn capital funding to help build 300,000 homes annually by the mid-2020s is welcome, but does raise a significant question: who is going to build all of these new homes?

The construction industry is currently facing a major skills crisis. The FMB’s most recent survey of the 15 trades it monitors saw 40 percent showing skills shortages at their highest point since the start of the skills crisis in 2013. According to data gathered for the Arcadis Talent Scale, it is estimated that British construction must recruit over 400,000 people every year between now and 2021 – equivalent to one worker every 77 seconds – if it is to create the homes and infrastructure we so desperately need.

In architecture, the legacy of many qualified architects leaving the industry during the 2008 recession and never coming back has seen a long-term drought of skilled professionals in the sector. The length of time to qualify as an architect – five to seven years – has meant an all-too-slow trickle of skilled individuals coming into the profession, whilst tuition fees at £9000 per year for seven years is acting as a further deterrent for young people considering architectural courses in the first place.

Whilst there have often been calls to take architecture off the list of courses that pay tuition fees or even restructure the length of the course itself, employers should be more realistic about the kinds of practical experience the education system can provide and offer more opportunities themselves if they want to improve skill levels. At Stephen George + Partners we have always looked to nurture talent and will often encourage architecture students to work for us whilst studying at university part time. This may ultimately mean their path to qualification takes longer, but the fact we are paying them whilst they study will alleviate any debt worries they may have, whilst the mentoring process and experience gained through working on real projects is invaluable.

The industry also needs to acknowledge that investment in skills and training alone will not be enough. Construction employment is down across the board and we need to not only encourage more people into the industry, but the right people in the first place. Whilst the built environment is not currently on any school curriculum, Stephen George + Partners has been looking to address the issue in partnership with The Heaven Company by embarking on a revolutionary education-programme involving groups of Key Stage 3 & 4 – Year 7 to 10 students at schools in the South, Midlands and North of England. We are delivering a thought-driven and innovative programme asking students about their understanding of the built environment and what they think they can do to influence change for the better. Engaging with young people in an exciting and stimulating manner will help young people think more positively about a career in architecture and construction, whilst hopefully counteracting any preconceived ideas about an industry that is often solely represented by images of hi-vis jackets and hard hats.

The here, the now… and Brexit

Investing in training and skills is essential; but professional training takes time and does not address the immediate skills shortages required to build the housing and infrastructure the UK so desperately needs right now.

Post 2008, the UK built-environment sector has relied heavily on imported labour from Europe to plug the skills gap. Figures from the RICS earlier this year showed that 8 percent of the workforce in Britain’s construction sector hail from the EU. Meanwhile, a survey by design magazine Dezeen found that a staggering 33 percent of the architectural workforce in London came from other EU countries, with some practices reporting that the number of overseas architects was as high as 80 percent.

We have a number of European staff working within Stephen George + Partners’ offices in the UK and we highly value their experience and work ethic. Not only have they brought much-needed skills to our practice, but we have learned much from them, particularly in areas such as technology and the use of modelling and design software – an area in which UK skills arguably lag behind.

It is therefore disappointing that uncertainty continues during Brexit negotiations on the rights not only for our own workforce, but for all citizens in both the UK and EU27 to remain where they live and work. If Brexit negotiations go badly and there is a failure to guarantee to EU citizens rights to remain, we could see a loss of 200,000 skilled workers from the construction industry at a time when the Government needs them most to deliver on its election promises of new housing and infrastructure.

At Stephen George + Partners, we are proud of our EU staff and believe they add value to our business. Therefore, if we have to apply for every single one of our EU staff to stay in the UK we will do so. However, we would join with recent calls by business and workers groups in urging the UK Government to clarify its position and issue a clear guarantee of the right to remain for citizens in both the UK and EU27. At the very least, we would like to see construction professions, including architects, prioritised for visas and featured in the Shortage Occupations List – this will be essential if the Government is to deliver on its housing and infrastructure commitments post Brexit.